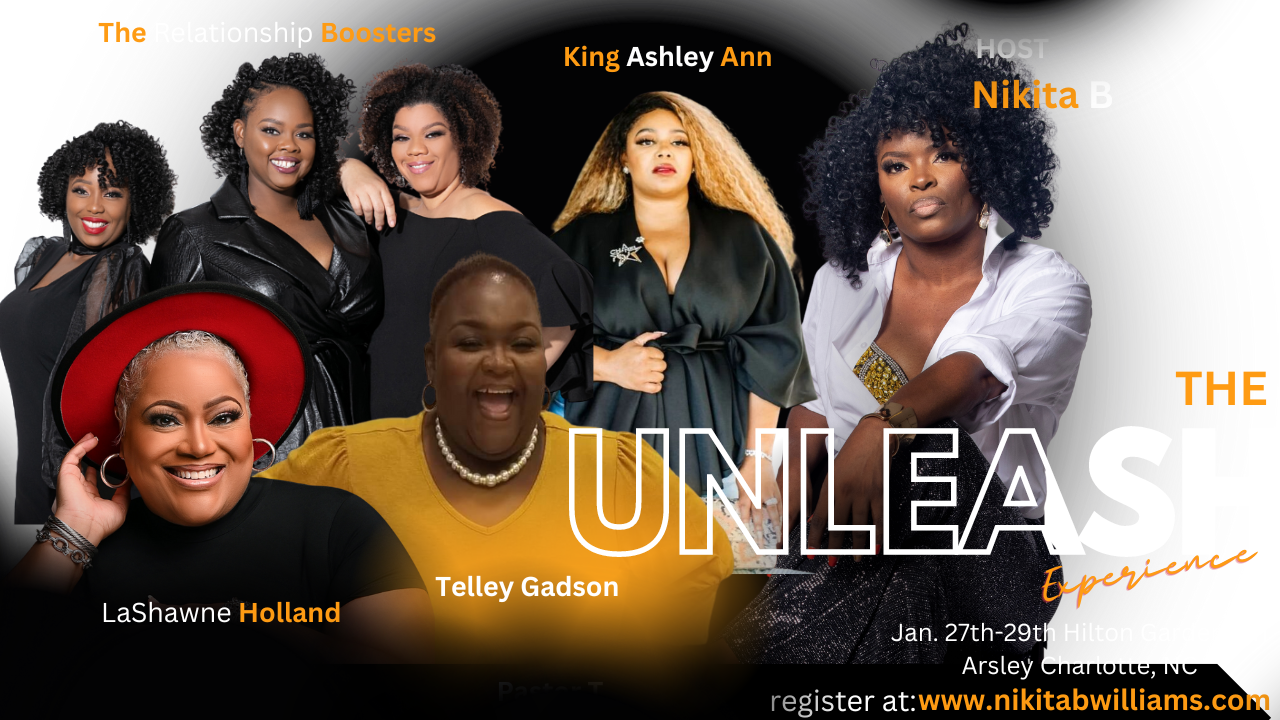 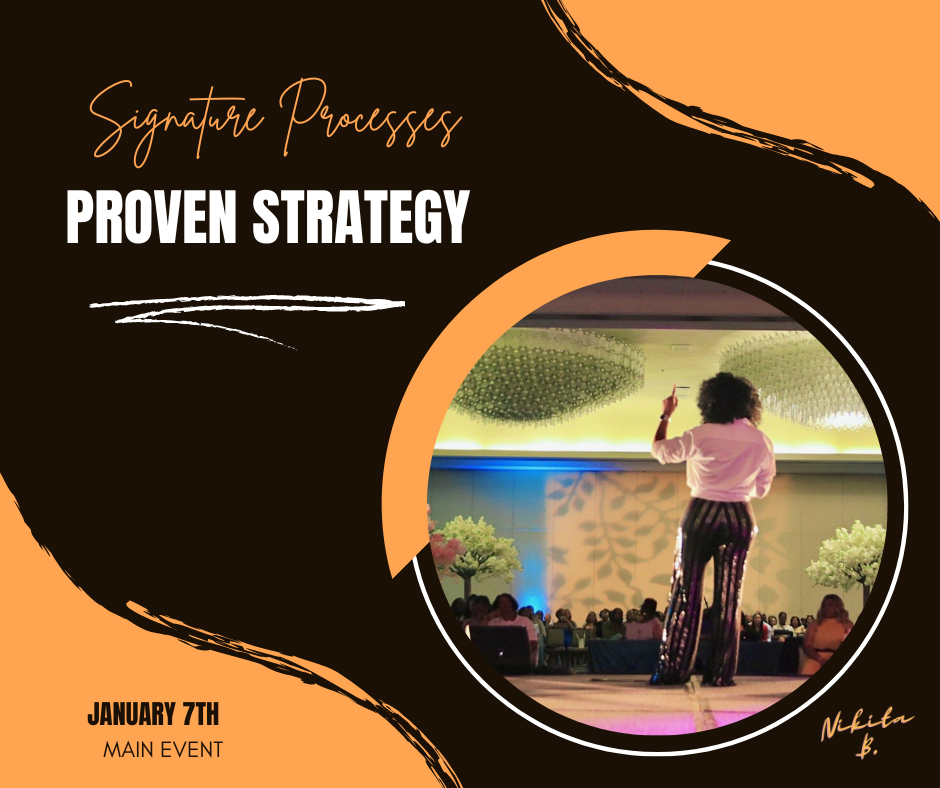 AT UNLEASH you will learn from successful 6 and 7 figure earners that has
proven success in both life and business. There's NO Fluff, it's a power
packed, high level transformational experience for those who are ready to learn
new strategies and processes that will help increase your Influence, Impact and
Income! 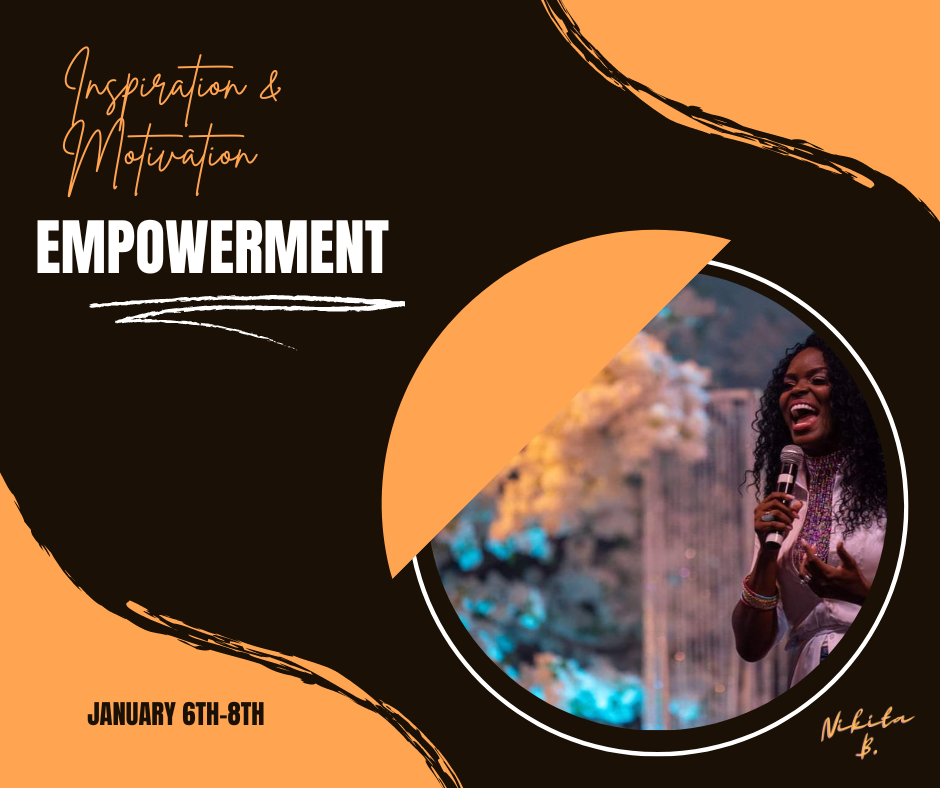 UNLEASH was built on the S.M.I.L.E Formula. Where we wear a Smile as a part
of our dress code, motivate those we encounter, inspire those who watch us,
Love those around us and empower those we're connected with. You will feel
welcomed and experience what it is really like to be genuinely loved
authentically. 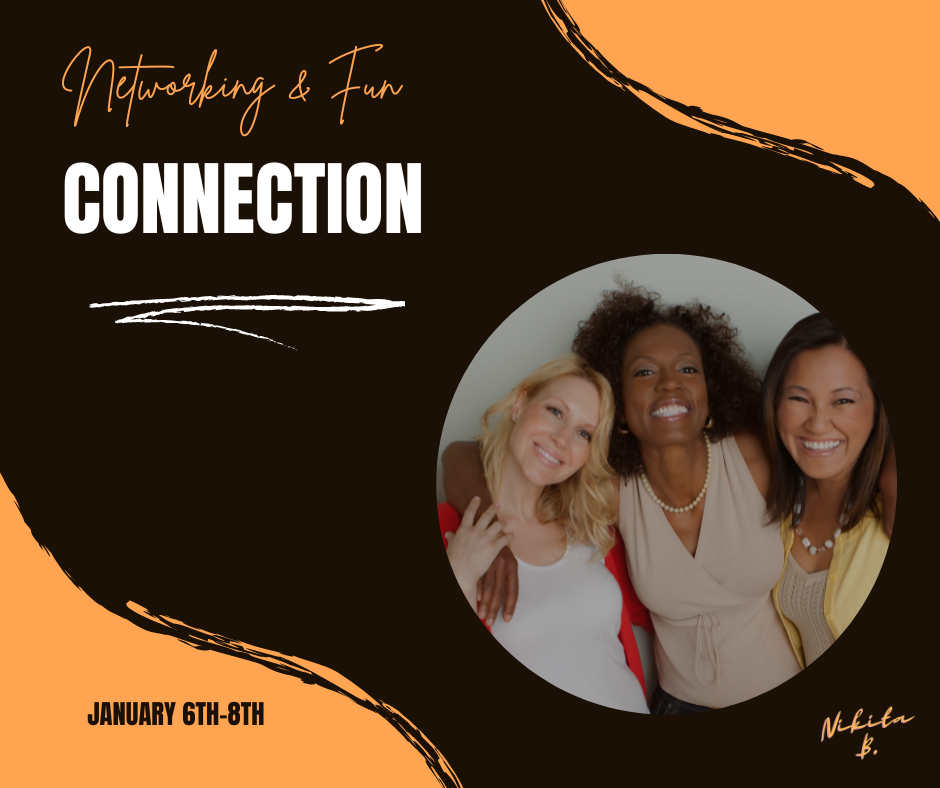 Often times the ones you grow with won't be the ones you grew up with and
that's okay. At UNLEASH you won't be alone. You'll have opportunities to meet
new people, make necessary connections and network with someone who may be or
may know the person who has been your missing piece to your success puzzle. 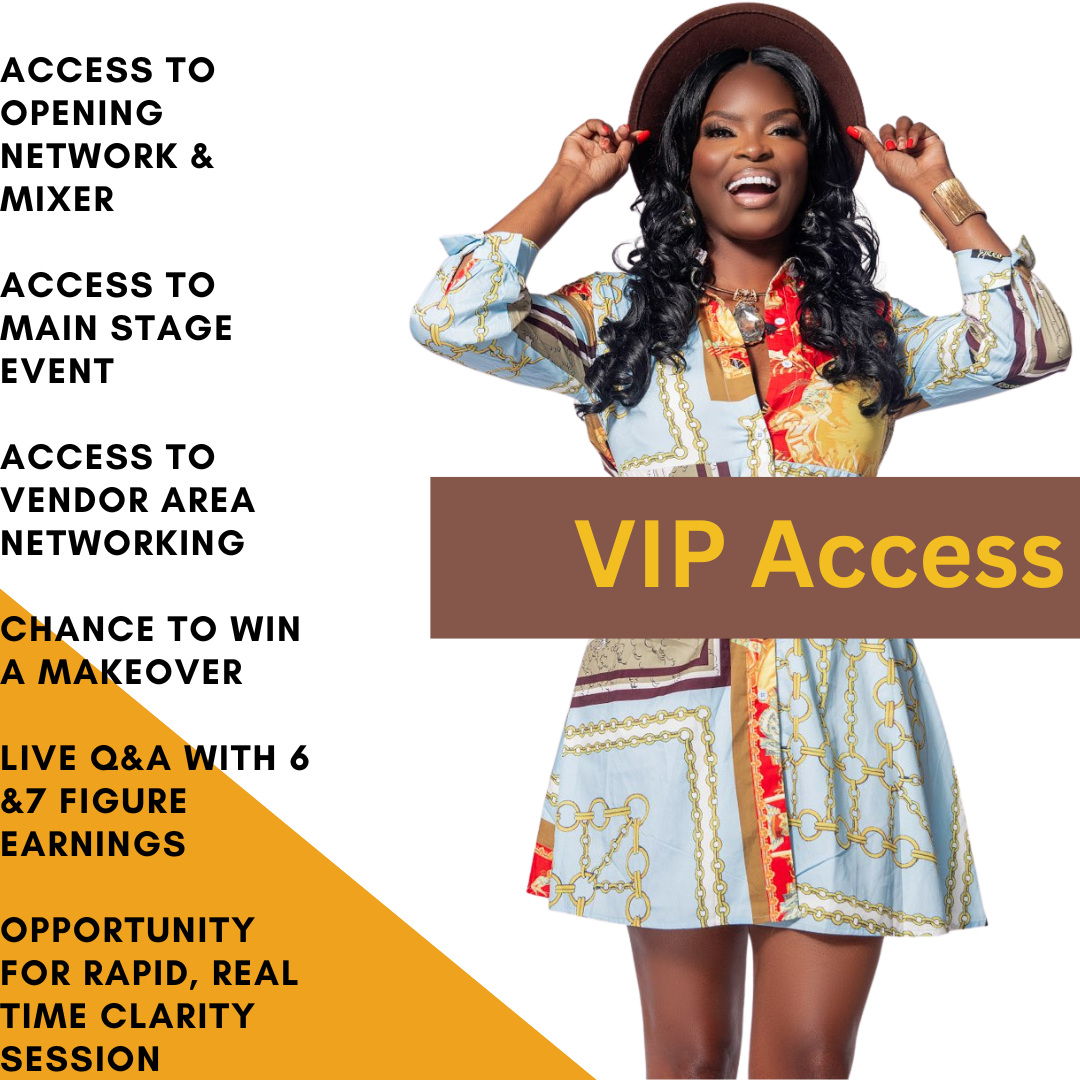 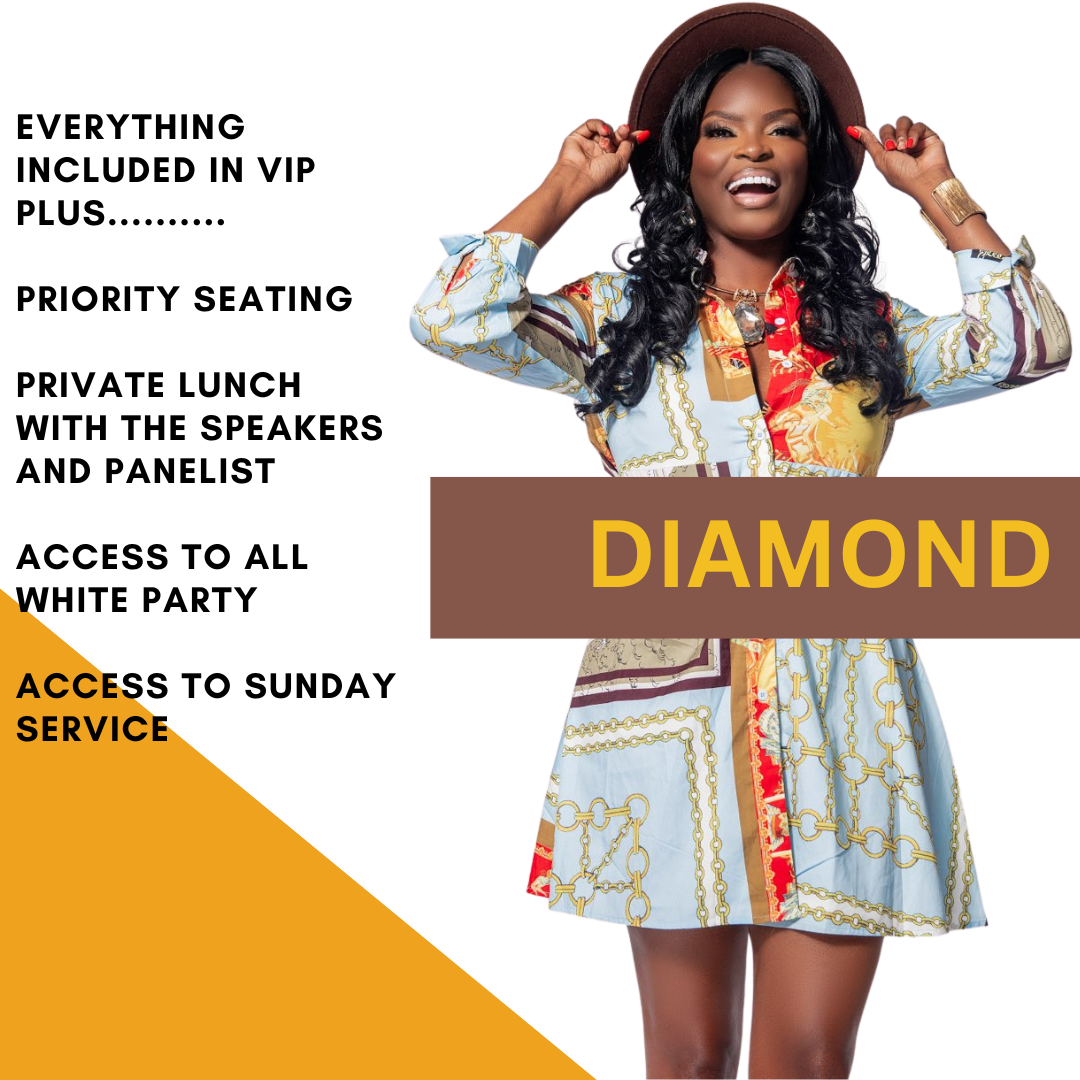 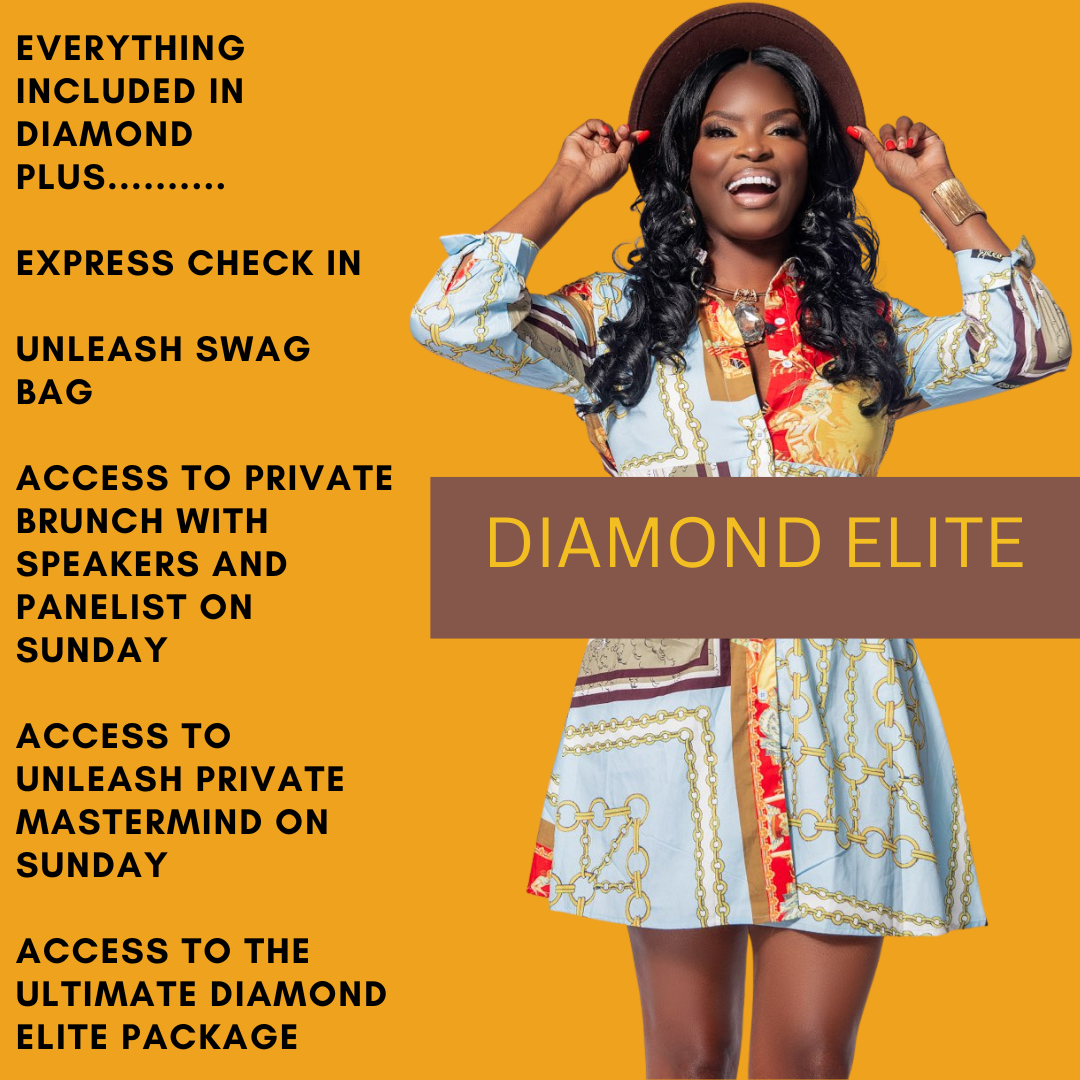 YOUR HOSTESS WITH THE MOSTESS!

As seen and heard on BET Network

and
Get Up! Mornings with Erica Campbell, Comedian Nikita B; award winning comedic speaker, best-selling author and clinical nurse consultant,
is giving you a good dose of laughter.

Known all over the world by her fans as the hope dealer, purpose pusher, Nikita B is combining her years of experience as a clinical nurse consultant

,comedian and Southern upbringing for laughter, inspiration and motivation.

“Laugh Practitioner,” Nikita B embodies a no-nonsense approach in her message and teaching style entangled with humor in a way that only she can,
outspoken, fiery, transparent and truthful. Nikita B's platform
is the place for you to ‘laugh for the Health of It’ and get
your much needed check-up.

Now Nikita has trailblazed the personal and professional development space with her witty ideas and strategies on how to get unstuck and live a life you love. Nikita teaches her signature process on how to make just a few shifts to experience more Hope, Healing and Happiness in your day to day life. The UNLEASH Experience is just that an EXPERIENCE! 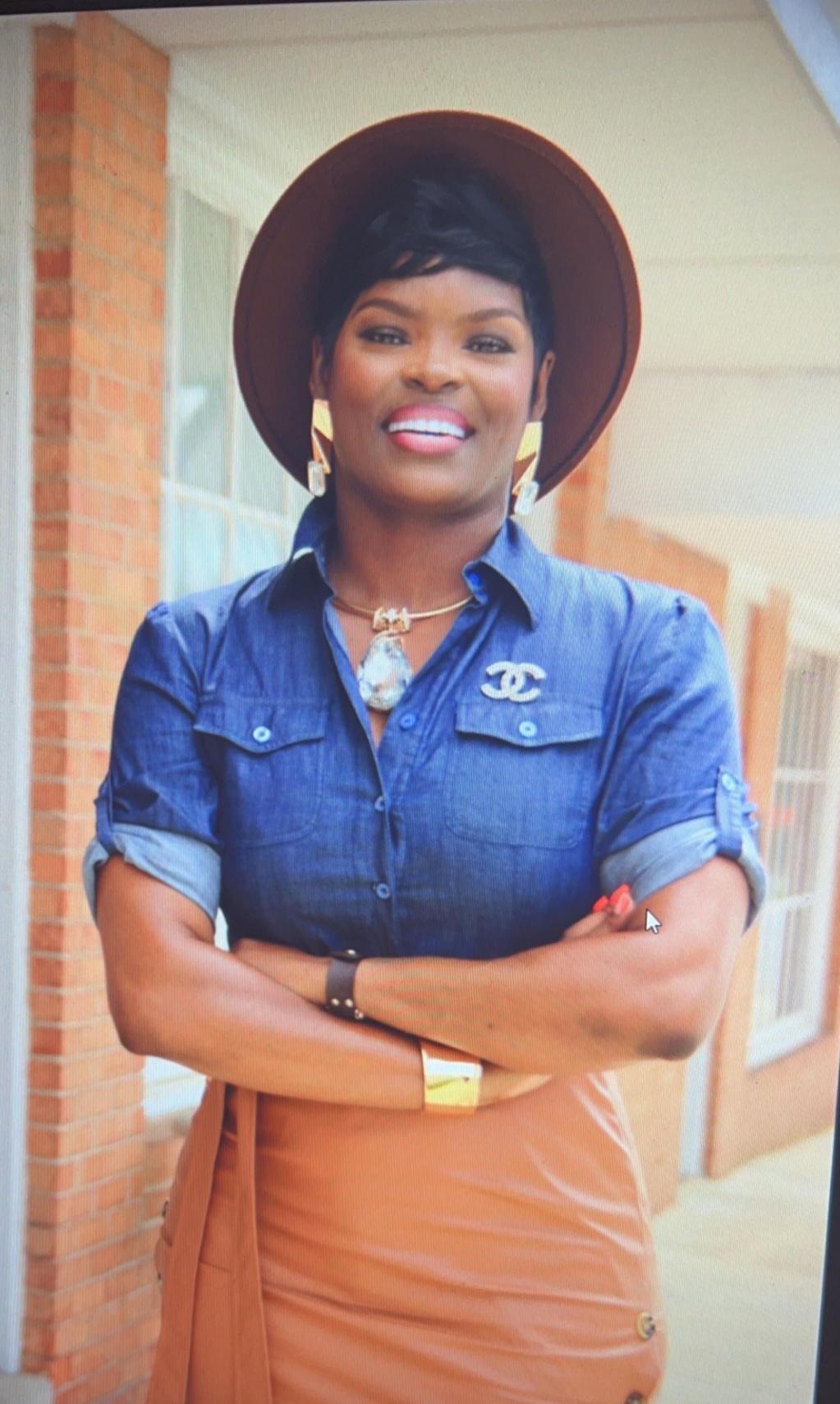 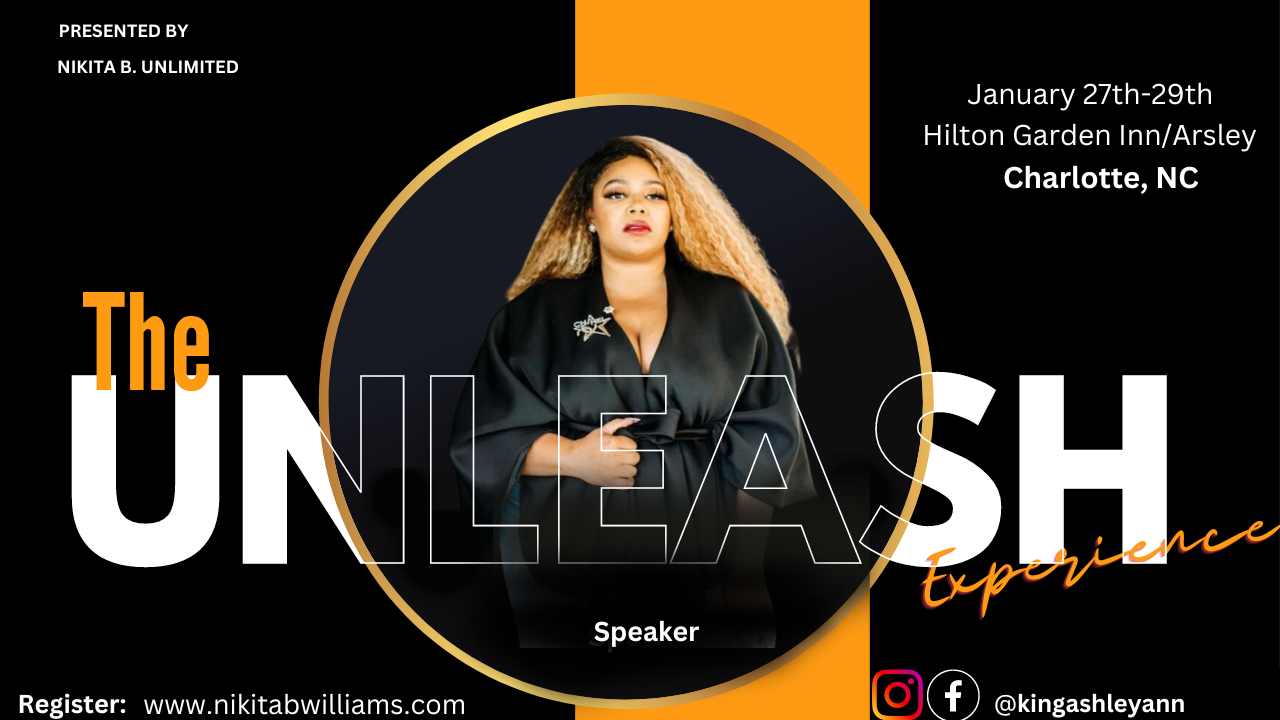 Ashley Ann of Ashley Ann’s Events is a talented award-winning wedding and event designer, a biz builder, public speaker, and social media strategist. Ashley currently travels the United States speaking to small business owners, side hustlers, wedding and event industry professionals, and those who are thinking of starting a business.
Ashley is equipped with a B.A. in Finance and M.B.A.
from the University of Central Arkansas. Ashley is a member of Sigma Gamma Rho Sorority and an avid volunteer. She serves as a teen mentor, direct service volunteer, and is a part of the Jr. League. Ashley also instructs financial literacy courses and attraction modules.

Ashley Ann has helped over 11,000 individuals monetize their social media and over 700 people create 6 figure incomes. She has currently helped 146 people create 7 figure incomes and 9 of her clients are consistently doing million-dollar months. She has also helped over 1000 businesses generate $25K- $45K per month using Facebook and Live Stream. Ashley Ann gives free business tips and strategy classes on her Livestream Monday through Thursday.

Ashley’s offices are located in Little Rock, AR, and Dallas, TX. Ashley is known for her creative and unusual event ideas in the event world. In the business world Ashley is known for getting results, and simplifying social media, lead magnets, funnels, and CVO so that her clients achieve desired outcomes.
She pays exquisite attention to every last detail in the boardroom and in the ballroom. 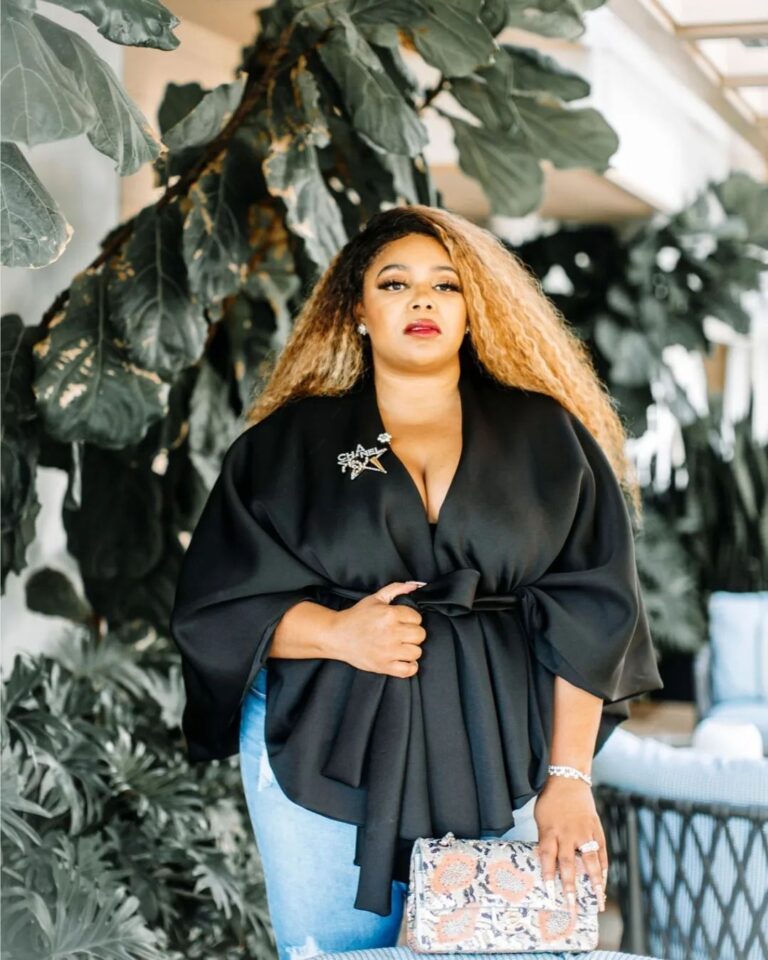 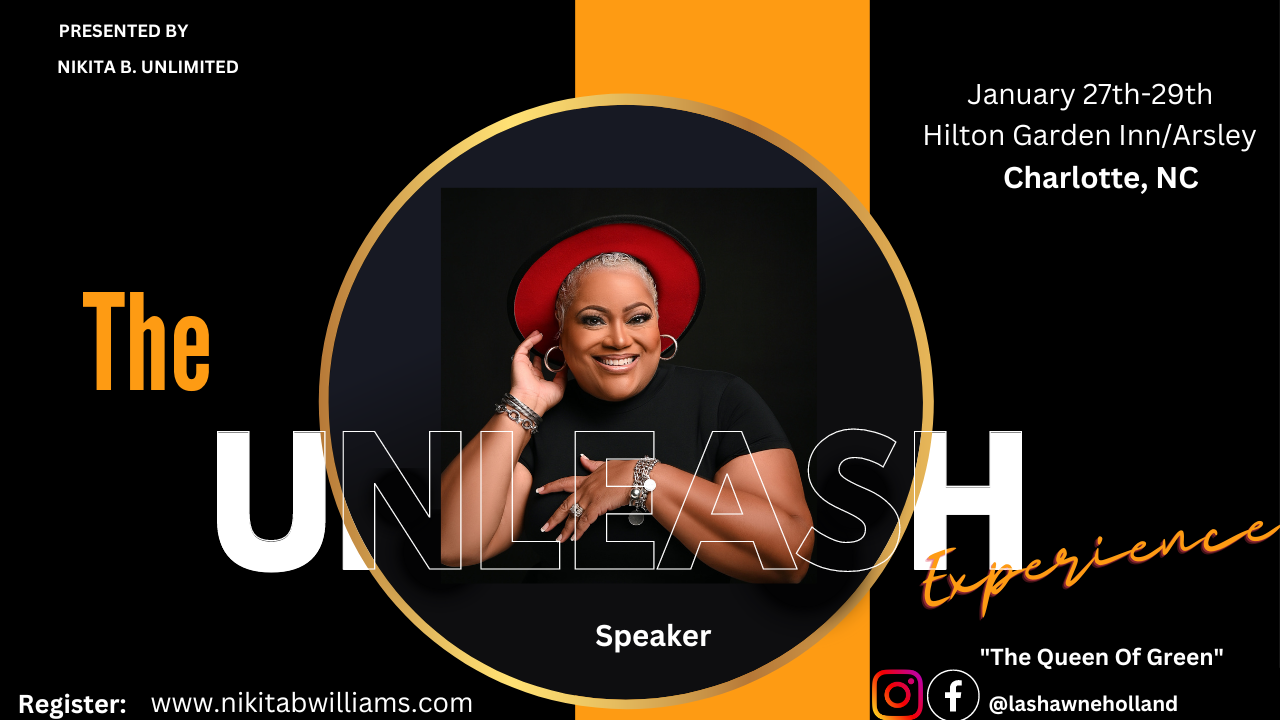 As one of the nation’s leading experts on the art of activating wealth potential, Financial Architect, Entrepreneur and Chief Financial Officer, LASHAWNE HOLLAND is Founder The Wealthy Leaders Institute and Chairman of LaShawne Holland International® (a dba of Holland & Holland Enterprises, LLC).

She is author of Born To Multiply, and founder of The Wealthy Revolution Live Event™ and The Money Made Easy Masterclass Network™.

As a revolutionary and inventive woman in the world of personal finance, she is also President of Finergy, Inc., a financial services company, and the owner of

Holland & Holland Enterprises, LLC – a full-service wealth activation company responsible for educating, empowering, and elevating the personal currency mapping of women of means in the marketplace. She is Founder of the Wealthy Revolution Live Event, an annual women’s wealth development summit. 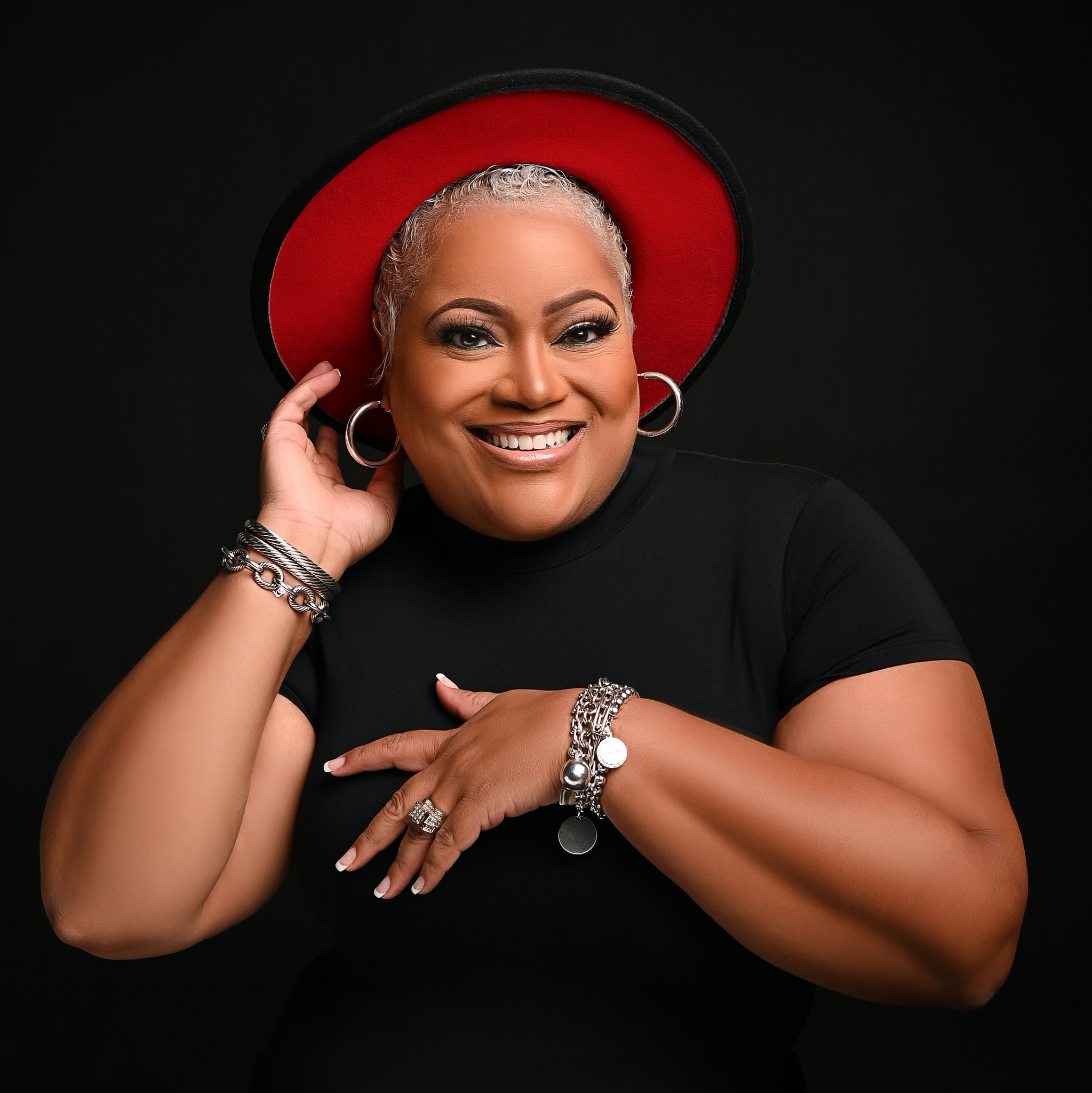 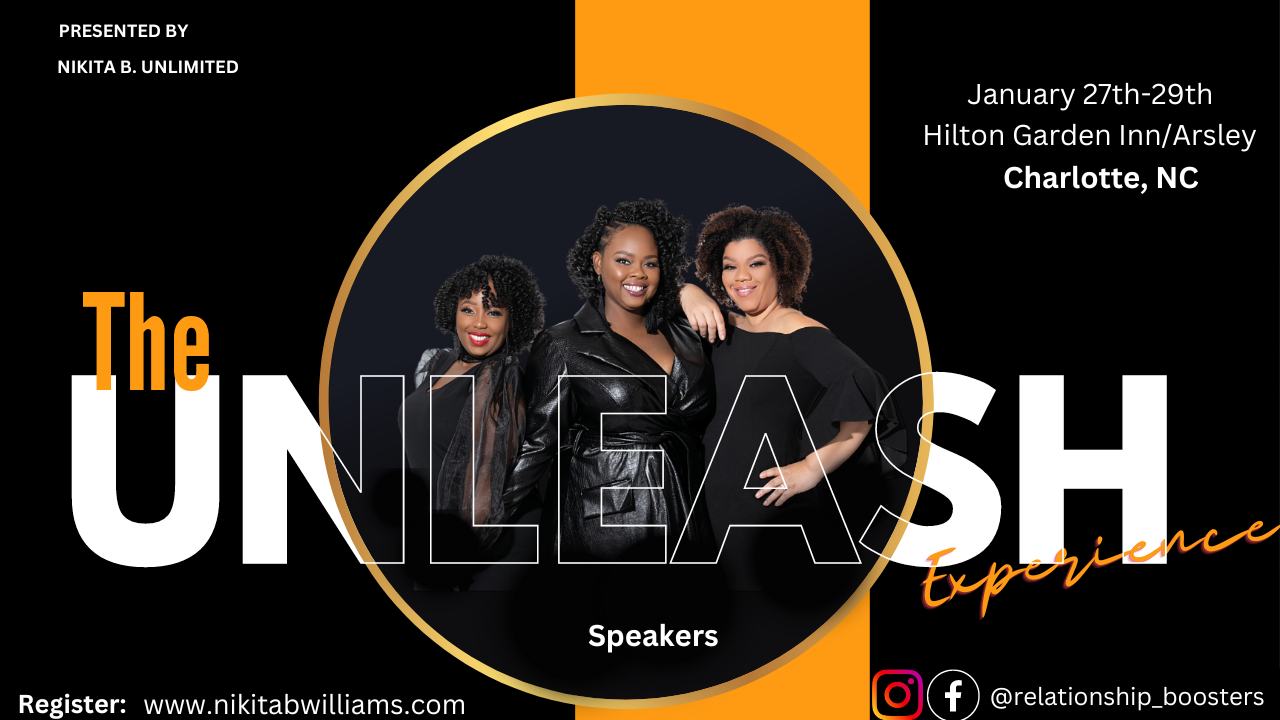 The Relationship Boosters have been featured in magazines and on radio programs where they provide information that helps people build healthy relationships. They have a busy private practice in Laurel, Maryland, and years of experience and proven success in helping women and couples improve their relationships and communicate with their
partners in a way that helps them get their needs
met. Dr. Kia, Monika, and Carol- Ann have 18 years of experience providing therapy, and relationship coaching, and have helped thousands of people get the life that they want and get the relationships they thought they could never have. 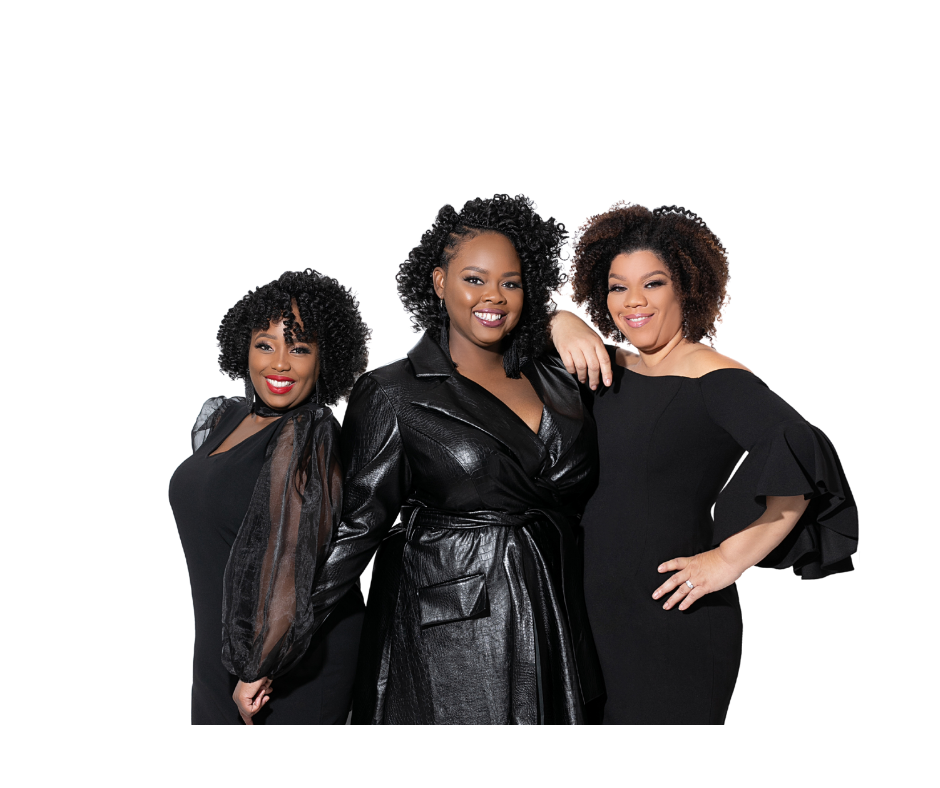 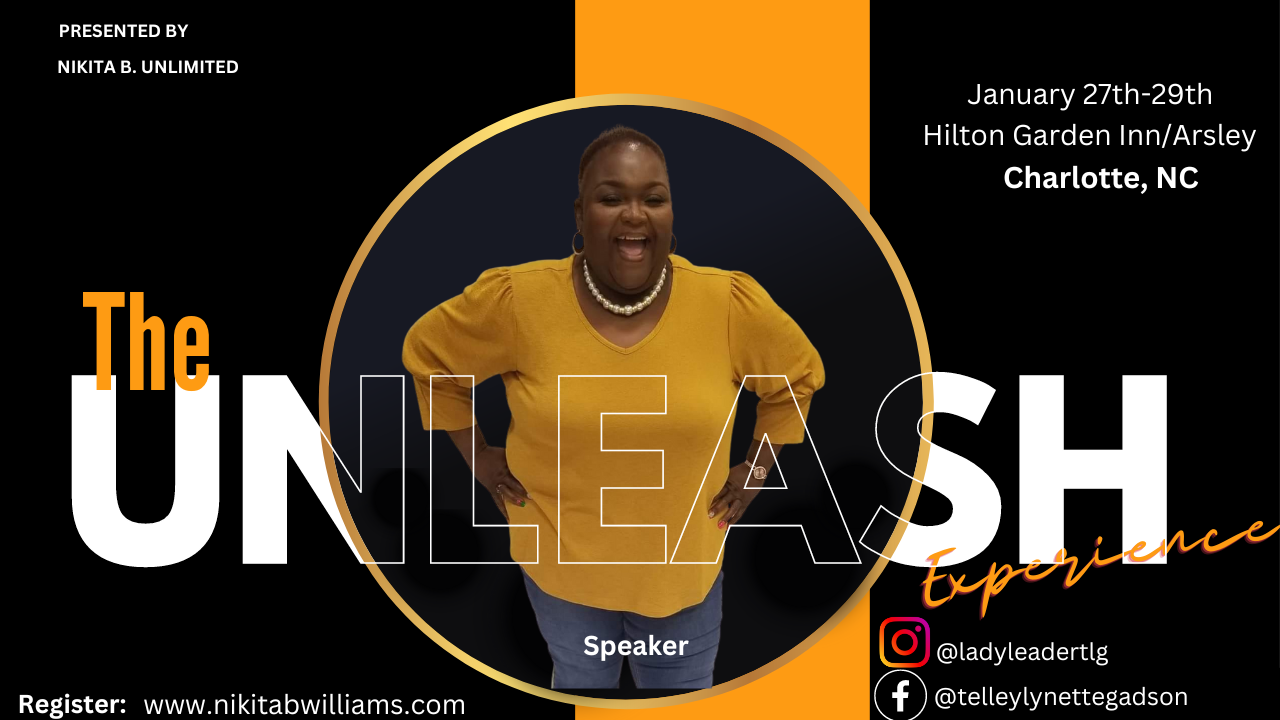 serve as the Hartsville District Superintendent, effective July 1, 2021. She has taken

HARTSVILLE District,” and says they are “The WARMEST People in South

Carolina!” Prior to this appointment, Reverend Gadson, affectionately known as

“Pastor T,” served as the Senior Pastor of Saint Mark United Methodist (“THE 9-1-1

of Taylors, SC) on the Greenville District for 8 years; and 14 years as the Pastor of

addition to these appointments, she has also served Saint Matthew (Taylors, SC) and

Preaching since the age of 18, Pastor T graduated from the University of South

Carolina in 1995 with a Bachelor of Arts degree in Political Science, minoring in

Religious Studies. She is a 1999 graduate of the Candler School of Theology at

Emory University (Atlanta, GA). In the same year, she was commissioned as a

Probationary Elder; and three years later, ordained an Elder in Full Connection in

In addition to her work in local churches, Pastor T has served on district and

conference committees, including: the Conference Board of Ordained Ministry, the

Greenville District Board of Congregational Development, chairperson of the

Hartsville District Committee on the Superintendency, a mentor for the Hartsville

District Committee on Ordained Ministry, a delegate to the 2012 and 2016 General

and Jurisdictional Conferences, and a member of the Board of Trustees of the South

Carolina United Methodist Advocate. She has also been trained in church leadership

and the 2011 Christmas Social. Well known across the Connection and in ecumenical

circles for her prophetic preaching and leadership excellence, she is the daughter of

She proudly shares that she is a native of Hollywood, South Carolina and faithfully

lives by the words, “If I can help somebody as I travel along the way, then my living shall not be in vain." 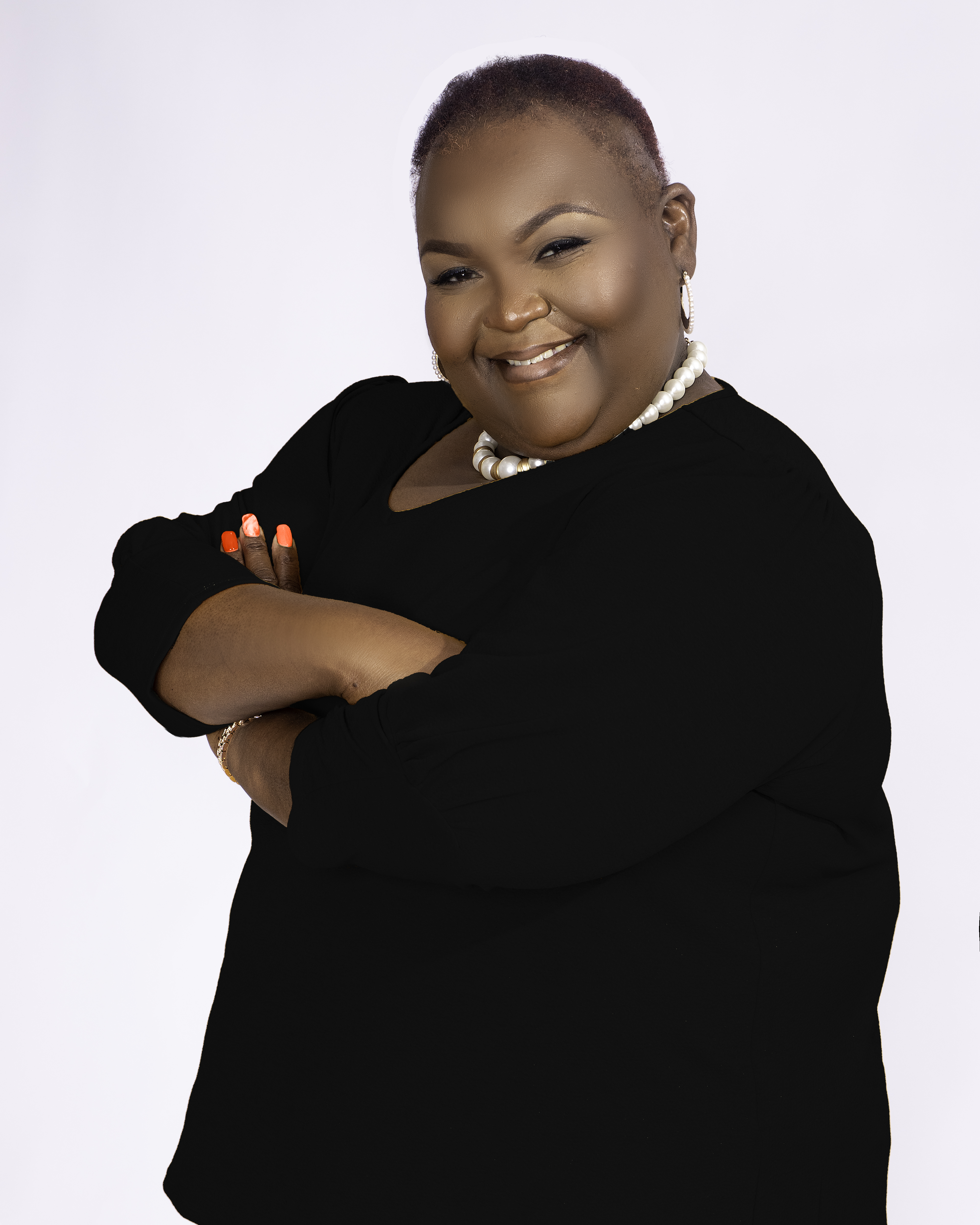 WHAT OTHERS ARE SAYING ABOUT YOUR HOST? 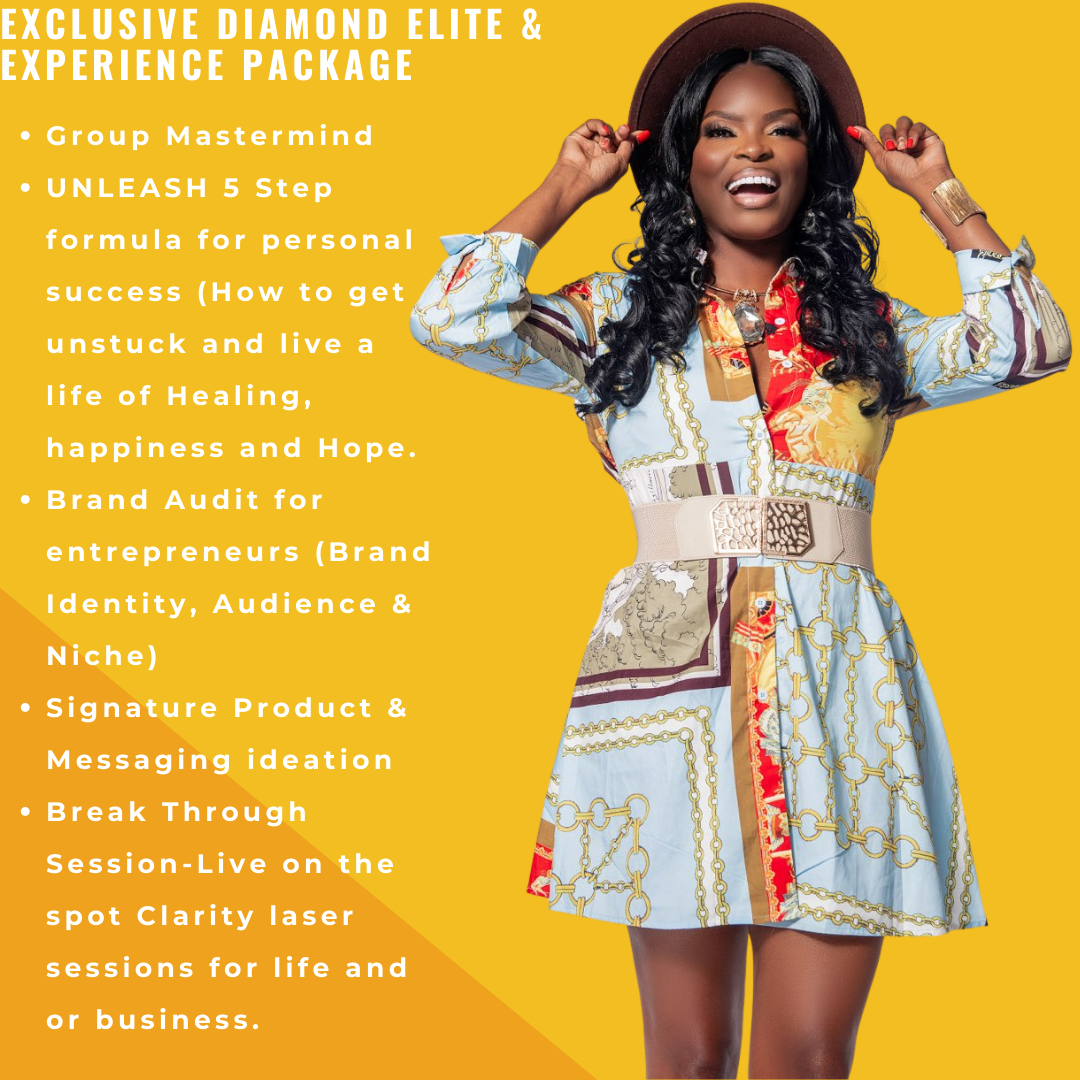 Where will the event be held?

What is the schedule for the weekend?

When is the main event?

January 28th will be the core of the event. If you can only make it for one day this is the day. The VIP ticket will give you access to the main event.

I'm unable to come can I get a refund?

Unfortunately we do not issue refunds. However; of you desire to gift your ticket to someone you're more than welcomed to do so.

Can I upgrade my ticket?

Yes, if you desire to upgrade your ticket email us at support@nikitabwilliams.com and put "Upgrade ticket" in the subject box. Let us know which ticket you would like to upgrade to and one of our team members will be more than happy tp assist you.

Are there any hotels close by?

Yes, there are several hotels near the location of the event. However; the host hotel has very reasonable accommodations if you would like to be in close proximity of the event (like upstairs from the ballroom....lol) Hilton Garden Inn Charlotte/Ayrsley 1920 Ayrsley Town Blvd, Charlotte, NC 28273 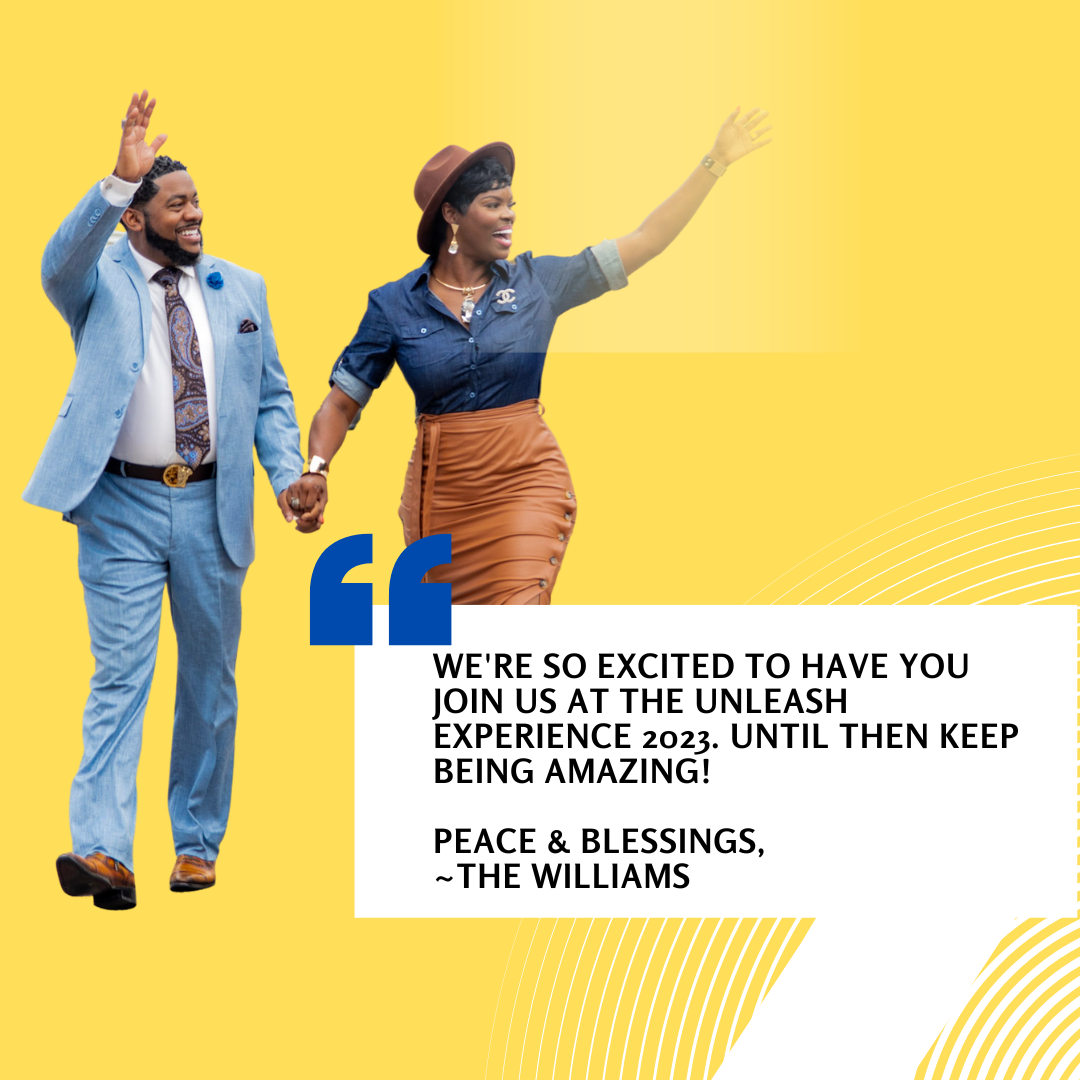